I am an Assistant Professor at Oregon State University. As part of the School of Mechanical, Industrial, and Manufacturing Engineering and the Collaborative Robotics and Intelligent Systems (CoRIS) Institute, my SHARE research group studies socially assistive robotics, haptics, and robots in the arts.

Previously, I completed my Ph.D. in the University of Pennsylvania GRASP Lab under Professor Katherine Kuchenbecker and worked as a postdoctoral scholar with Professor Maja Matarić in the Interaction Lab at the University of Southern California. You can learn more about my past and ongoing projects below.

Check Out My CV 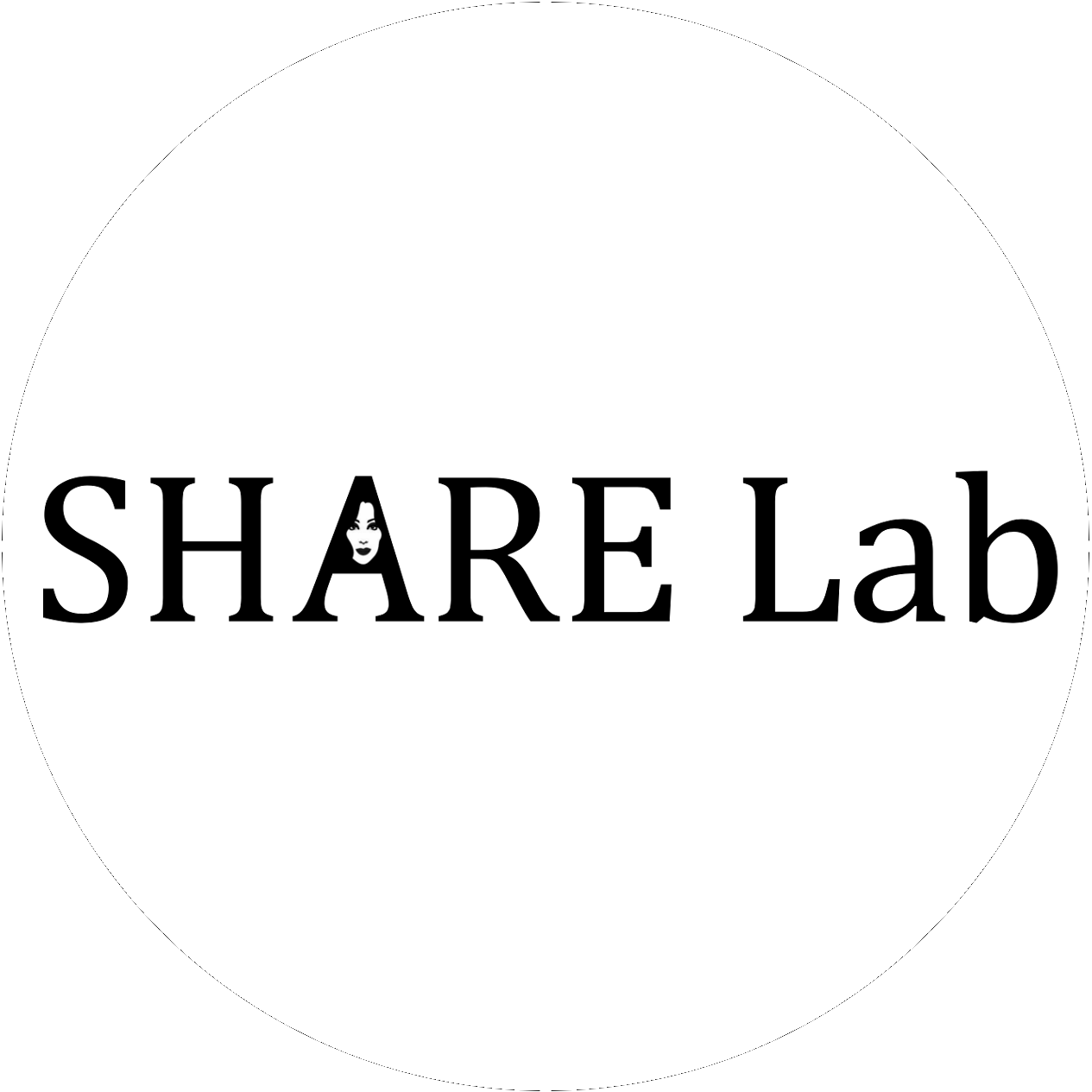 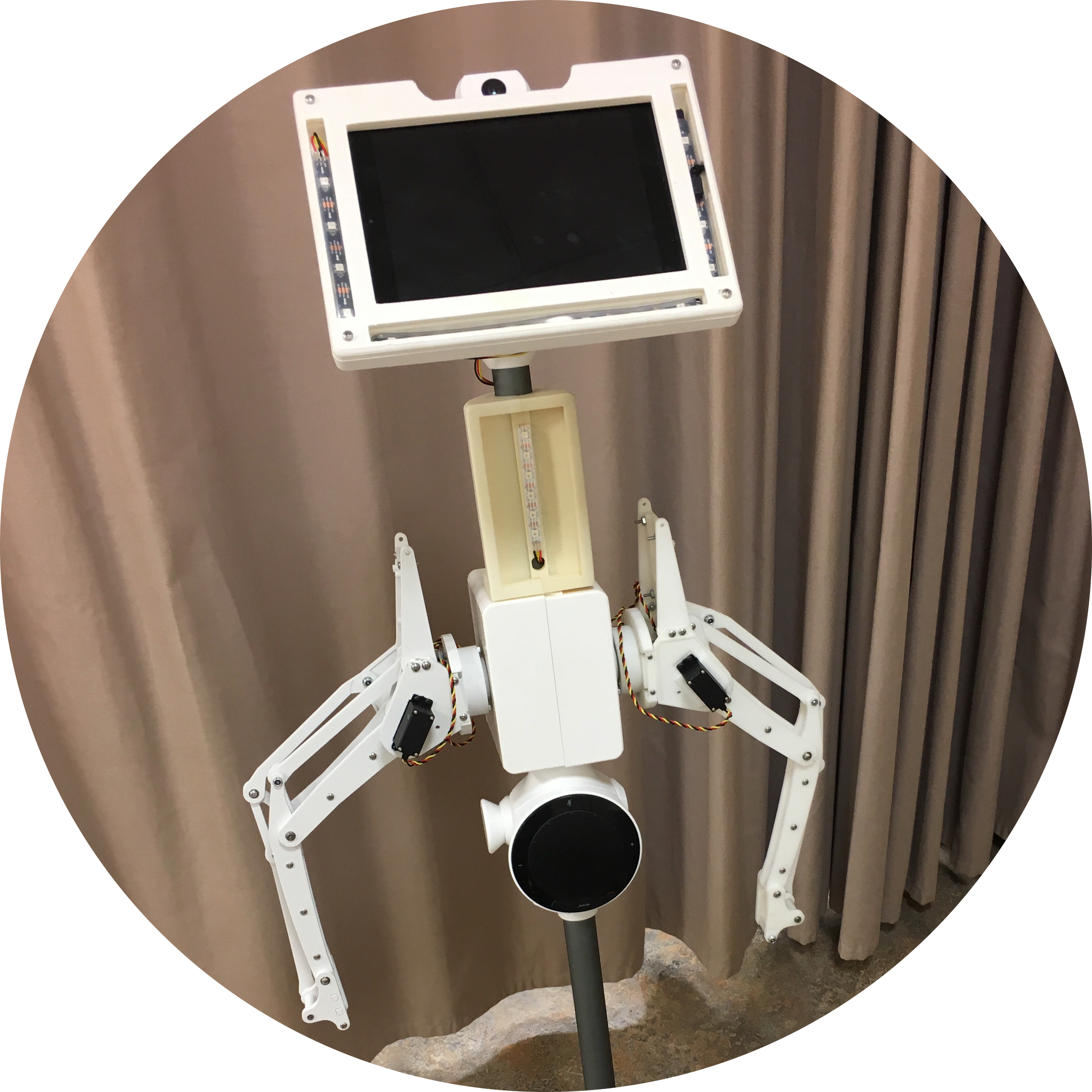 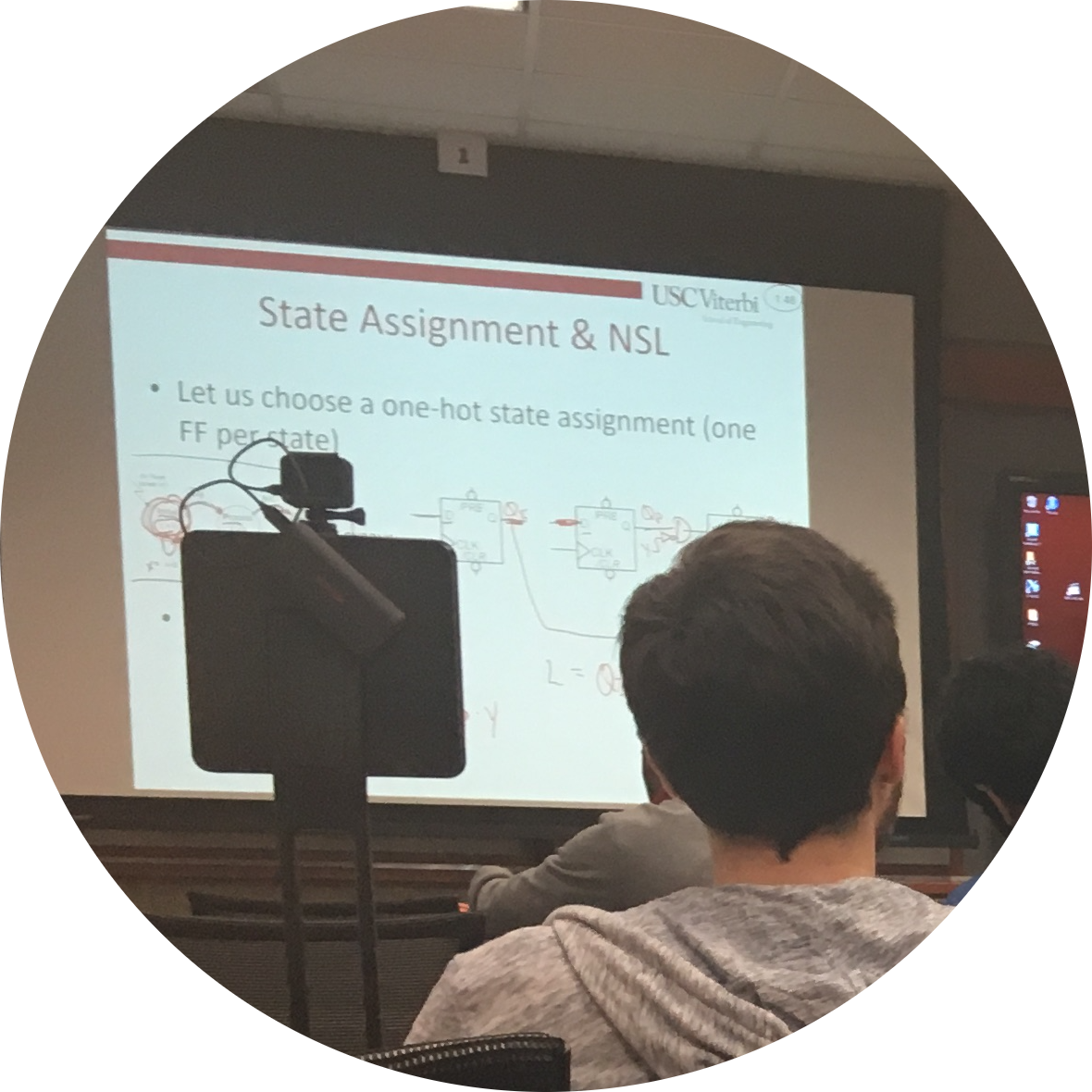 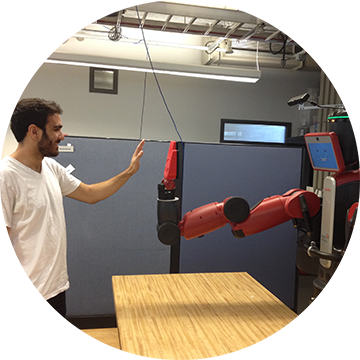 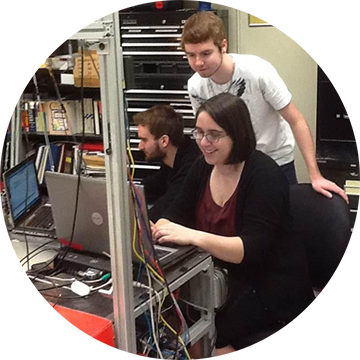 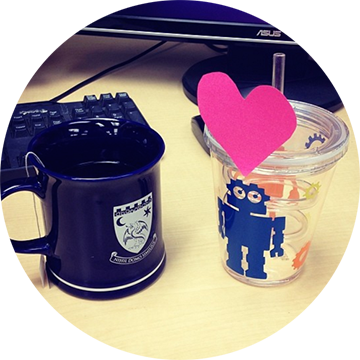 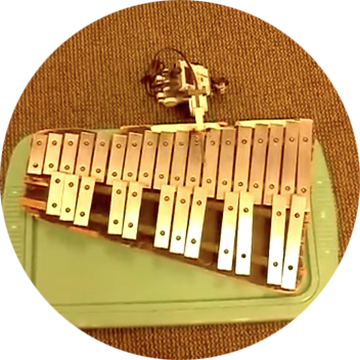 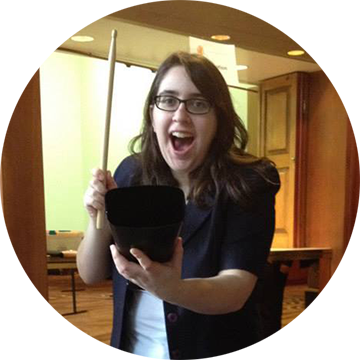 My current research centers on the collective efforts of my research lab at Oregon State -- the SHARE Lab. Visit the SHARE Lab website for a better idea of what I've been up to since 2019.

Many of my efforts as a Postdoctoral Scholar at USC focused on expressive modes for telepresence robots. Perhaps because of the associated hardware costs and increased robot operator task load, most current telepresence robots are little more than a tablet on a mobile base. Robot users often desire more expressive interaction capabilities, so I designed and evaluated new expressive technologies (such as low degree of freedom arms and LED arrays) for telepresence robots. Some of the products of this work were presented at the 2018 RO-MAN conference (read more here and here here).

In the American K-12 school system, many students miss considerable amounts of school for health or behavioral reasons. Telepresence robots hold significant potential for helping these students continue learning and having a social classroom presence during their absences. This topic has been investigated somewhat in the past, but it remains to be seen how a robot will perform when it is used for a longer period of time, designed more carefully for the classroom environment, and outfitted with new expressive technologies. I recently presented my postdoctoral work on long-term robot use in the university classroom environment at the 2020 ICRA conference.

My past work in the UPenn Haptics Group focused on human-robot interaction for entertaining, educational, and rehabilitative applications. Using the PR2 and Baxter robots, I explored a variety of social-physical human-robot interactions, especially human-robot high-fives and hand-clapping games. You can read more about my dissertation research here, on the Haptics Group website. Some of my publications on this topic are available here, though the ACM Digital Library, and here, through Frontiers on Robotics and AI.

In addition to my dissertation work in the Haptics Lab, I contributed to lab projects that aimed to enhance the PR2 robot's haptic abilities and the ease of teleoperating the PR2 robot. You can find the former projects's "Best Cognitive Robotics Paper"-awarded publication here and the latter project's Transactions on Haptics journal article here through IEEE Explore.

As a graduate student, I aimed to gain practice as an educator by TAing for courses, serving as a Center for Teaching and Learning (CTL) Fellow, and engaging in conversations as a Doctoral Fellow in the Center for the Study of Race and Equity in Education. I had opportunities to hold office hours, lecture, design assignments, run lab sessions, and help grade as a two-time TA for UPenn's Intro to Robotics course and one-time TA for the Intro to Programming course. You can check out current and past CTL events here.

Early in 2015, I began having discussions about robot ethics with Professor Phil Nichols, an ethics expert from UPenn's Wharton School of Business and coworker of mine in Stouffer College House. From entertaining conversations at dorm events, we began to generate papers on robot ethics. You can see our first paper, a submission to the HRI 2015 workshop on the Emerging Policy and Ethics of Human-Robot Interaction, here.

For my undergraduate senior design project, I pursued the creation of a musical robot inspired by Animusic's Pipe Dream video. Details on this project and a few other music technology-related pursuits appear in this Prezi. During my postdoc, I also began writing routines for Jon the Robot, a robotic stand-up comedian that performs all over the greater Los Angeles area.

In addition to robotic performing art, performing art in general is a huge part of my life. In Corvallis, OR, I have played with the Willamette Valley Symphony and in pit orchestra with the Corvallis High School. Some of my exploits as a stand-up comedian are documented on my YouTube channel here, and you can catch me (and my robot comedian) performing live across the country. Previously, my collective music-playing experience includes 13 years of concert band, 8 years of jazz band, 8 seasons of marching band, 4 seasons of indoor drumline, 1 season of drum corps, and 13 years of pep band. During graduate school, I spent 5 years as a member of the Penn Band. I also played in pit orchestras for 8 student productions of Penn Singers and Penn Quadramics. You can check out our Penn Singers Sweeny Todd production here and a first read-through of a song I arranged for pep band here.